Ya just gotta love how things work out sometimes! Looks like I have a sexy new hotwife...slut...to play with! Meet Abbie! 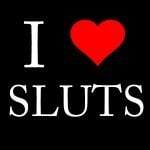 Top Posters In This Topic

Gotta love that ass! ausstag...your wife looks sexy...and dirty laying there like that. Those sweet cheeks look pretty damn yummy in her sexy lace panties...especially with them pulled up in

ausstag...good job! I hope you are enjoying your "homework assignment" as much as I am seeing the pics you are sending. This is a naughty little pic, isn't it? Abbie bent over...showing a lo